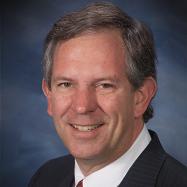 Christopher R. Hoyt, J.D. is a Professor of Law at the University of Missouri Kansas City School of Law where he teaches courses in the area of federal income taxation and business organizations.  Previously, he was with the law firm of Spencer, Fane, Britt & Browne in Kansas City, Missouri.  He received an undergraduate degree in economics from Northwestern University and he received dual law and accounting degrees from the University of Wisconsin.

Professor Hoyt has served as the Chair of the American Bar Association’s Committee on Charitable Organizations (Section of Trusts and Estates) and is on the editorial board of Trusts and Estates magazine. He is an ACTEC fellow, has been designated by his peers as a “Best Lawyer”, and was elected to the Estate Planning Hall of Fame by the National Association of Estate Planners & Councils.  He is a frequent speaker at legal and educational programs and has been quoted in numerous publications, including The Wall Street Journal, Forbes, MONEY Magazine, The New York Times and The Washington Post.